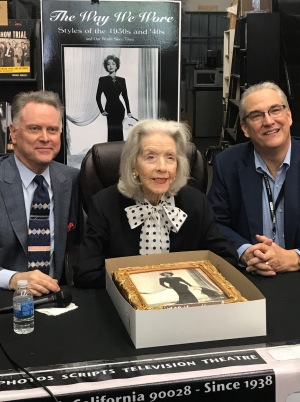 At the TCM Classic Film Festival, actress and activist Marsha Hunt gave us the scoop of the century, a secret that’s waited since 1944 to come to light.

Nowadays we’re inundated with breaking news, exhausted by ubiquitous celebrities, and desensitized by the barrage of alerts that light up our phones.

But how about romantic Hollywood gossip that surfaces after more than 70 years?

There’s something almost enchanted about a revelation like that, paradoxically old and new, something that gains power through years of secrecy. Particularly when the news comes straight from the person who lived it.

In conversation with the Czar of Noir Eddie Muller, Hunt recalled the making of None Shall Escape, an ambitious B film that anticipated the post-war trials of Nazi war criminals. Towards the end of the interview, Muller asked about the film’s colorful, underrated director André De Toth. And, boy, did he get more than he bargained for. 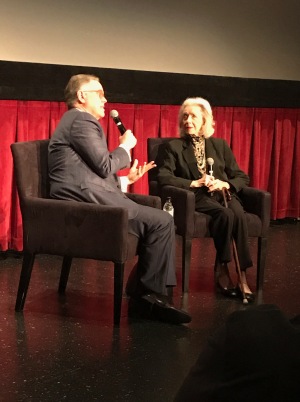 “Bundy—as we called him, that was the nickname he chose—Bundy De Toth was irresistible… I tried and I couldn’t.” She finished the thought with a smile verging on naughtiness.

The crowd, as they say, went wild. You could feel it crackle through the air, that buzz of hundreds of people thinking, “Did she just say what I think she said?”

Even Eddie Muller, who has stared down the barrel of Ann Savage’s gun and dodged a punch or two from Lawrence Tierney, was left temporarily speechless. 100 years on planet earth have only intensified Hunt’s flair for a well-timed coup-de-théâtre.

Praising De Toth as “a damn good director,” she elaborated on his charms: “He was also more personable, more entrancing, more irresistible than almost anybody I had met up to that point.”

With the audience in the palm of her hand, Hunt wryly left the rest to our imaginations, “You take it from there…” Make no mistake: this wasn’t a slip of the tongue or an unguarded moment. Hunt clearly enjoyed tantalizing her adoring crowd with this deliberate news drop. 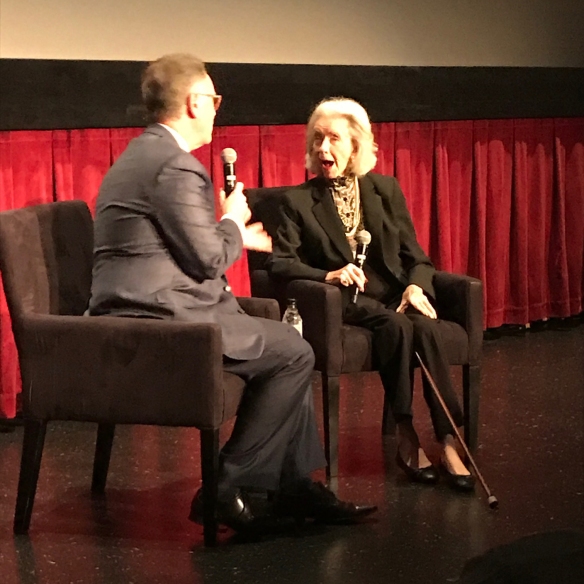 Indeed, Hunt is exquisitely in control, shining with the poise and wisdom she’s earned over the course of a long, well-spent life. She tends to speak about the past carefully, deliberately, as though weighing each reminiscence against an iron-clad personal standard of truth.

For example, Muller asked about Columbia’s notoriously vulgar mogul Harry Cohn, who greenlit None Shall Escape. Rather than yield to hearsay, Hunt gave a clear-eyed appraisal of the studio head’s vision: “I never met him. So far as I know, he was gentleness itself. Because I never saw him or heard to the contrary. Harry Cohn, whatever his social manners might have been, knew good films and he had a lot of courage, I think, about the films he chose to make, for which he deserves great credit. A Harry Cohn film, very often as not, stood for something, and not just a film. So here’s to Harry Cohn.” 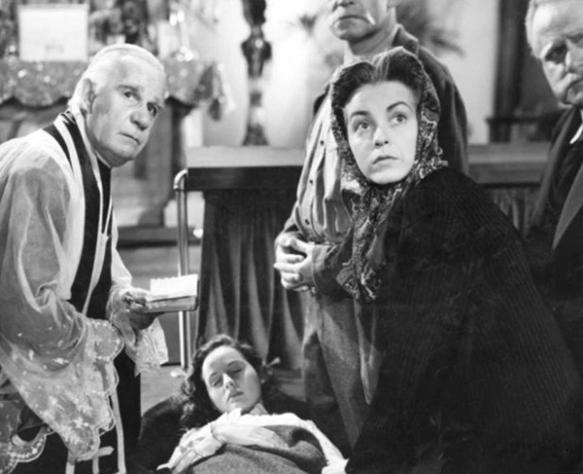 Hunt is proud of her involvement in such a prophetic and historically significant film as None Shall Escape. “It was a great privilege that I felt so lucky to be given,” she says.

She remembers the surreal experience of making a movie about wartorn Poland… on studio sets out in Burbank: “It was on the way to the airport, and the cars whizzed by. And we were creating another day, another atmosphere, another continent, another everything. It was fascinating be in such a contrast all at once.”

Hunt spoke fondly of co-star Alexander Knox, who garnered an Oscar nomination for Wilson the same year he chillingly portrayed a Nazi officer in None Shall Escape. ”How’s that for broad talent? He was a lovely man. We became lifetime friends. When my husband and I went to England they took beautiful care of us, and we had a lovely reunion over there.” 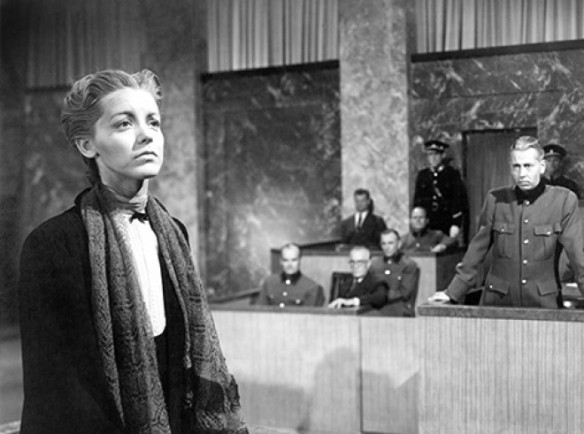 After its world premiere restoration at TCMFF, hopefully None Shall Escape will find a larger audience. Its astute psychological inquiry into the origins of evil remains frighteningly, enduringly relevant. As Muller pointed out, “It was very common for American movies during the war to make jingoistic propaganda pictures to boost our morale and convince us we were going to win. This movie does something very different. It looks at this from the enemy’s side and it talks about… how you make a fascist. Here’s how you create a Nazi.” Hunt added, “Think how important those formulae are. How to make a villain… We need to pay very great attention to those how-tos.”

Hunt’s first-hand experience opposing fascism—the home-grown, all-American kind—got her blacklisted during the McCarthyite frenzy. As HUAC threatened Hollywood in 1947, Hunt and a group of other prominent industry figures, the Committee for the First Amendment, traveled to Washington D.C. to protest. Unfortunately, their brave efforts failed to stop the momentum of rabid red-baiters in Congress. 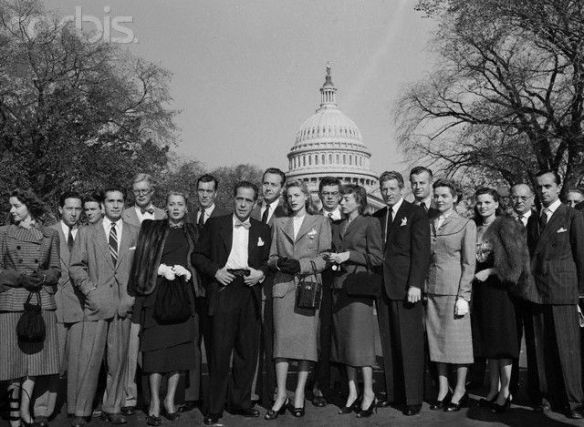 The Committee for the First Amendment in Washington. Marsha Hunt is on the left edge of the frame wearing that super-cool double-breasted ensemble.

In a longer conversation at the Larry Edmunds Bookshop during the TCMFF weekend, Hunt candidly spoke about the Red Scare in Hollywood. “It was a very ugly, ugly time,” she said, shaking her head at the damage done to so many lives, including her close friend Adrian Scott.

“I didn’t know or understand communism or care anything about it, except that I gathered that a lot of people who had joined that party were idealists, and that couldn’t be so bad,” Hunt explained. “So I didn’t make any so-called communists my enemies. And that probably won me some enemies.”

Marsha doing her part for WWII morale, just a few years before she’d be blacklisted for leftist connections.

During the 1940s, Hunt’s home was a gathering place for the likes of Leonard Bernstein and other renowned artists of the day. Even in that haven of creatives, political tensions bubbled up to the surface. Hunt recalled how some guests would storm out of the house rather than share the room with somebody on the opposite side of the political spectrum.

This behavior puzzles Hunt, who believes in frank exchanges of ideas. “I think it’s rather lovely for people who disagree to have some chats and conversations,” she says. “Once we’ve taken our own side and are pretty sure of it, then go with it and enjoy the journey.”

An independent thinker, Hunt fiercely objected to the idea that someone could be persecuted on the basis of their politics. “I was lumped with the far left because I spoke freely about whatever I cared about. And those were dangerous days.” 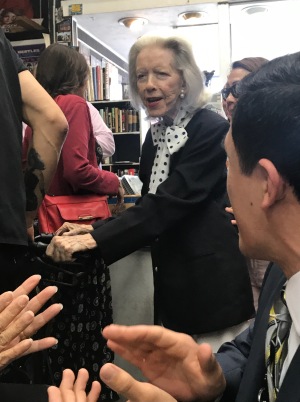 Refusing to name names or disavow her beliefs, Hunt was blacklisted at the peak of her career. The integrity that made her a target then makes her a hero today.

In style as well as politics, Hunt has a boldly independent streak. According to Eddie Muller, right before their TCMFF interview, “The make-up woman went to do her lipstick, and Marsha just took it from her and did it herself.”

As Hunt casually explains, “I haven’t been made up within memory. I’ve always done my own make-up.”

Hunt earned her expertise in cosmetics during the rigorous apprenticeship that she set out for herself in hopes of a film career. When Hunt was growing up in the 1920s and early 1930s, “There was no training for movies. You learned how to make movies then by making movies, but you could train for the theaters.” 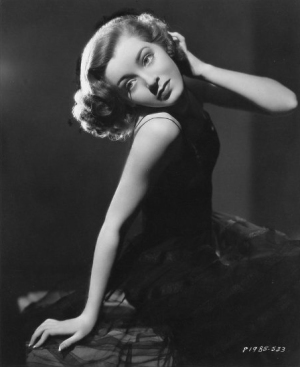 “I always, my whole life, meant to be an actress. Oddly enough I was never stagestruck. It had to be movies. And I knew that was going to take some managing. But, in the meantime, I thought, ‘Well, what can I do to help prepare for that? Let’s see… I ought to learn to dress, and make up, and be groomed.’ All of the visuals.”

After graduating high school, Hunt attended dramatic school and found work with the elite Powers Modeling Agency. “I’m long waisted, and it’s a small waist, and I guess that qualifies me as a model.”

That preparation enabled Hunt to take an active role in shaping what she wore on and off the screen. “I loved to design,” she told us. When asked to talk about style, however, Hunt peered into the audience of TCMFF-ers, many decked to the nines in vintage glad rags, and modestly exclaimed, “They can tell me!” 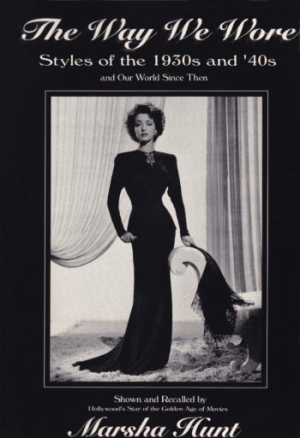 Though schooled in glamour, Hunt knew that she craved something more from film acting. She sought out challenging character parts and often played women considerably older than she was, as in None Shall Escape.

“I wanted to be a different kind of actress,” Hunt recalls. “I wanted to play people who had nothing to do me, with my look, with my age—particularly age—or type, or any of that. I wanted a total disguise in every role. There are actresses and actors who love to play themselves. Well, God bless them! I thought it was fun to pretend. So that’s what I went after.”

Unbroken by one of the darkest chapters in 20th century American history, Hunt is a courageous and compassionate survivor.

Despite the stolen years of the blacklist, her body of work on film is a gallery of diverse, memorable, utterly credible characterizations. She has created an equally impressive legacy of humanitarianism, using her fame, financial resources, and industry connections to advocate for refugees, establish homeless shelters, and fight world hunger.

So… what is her secret? How did she forge such a meaningful century from adversity? 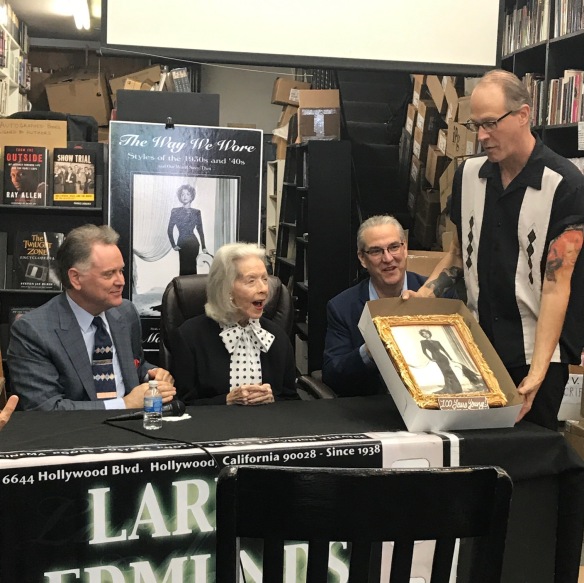 Hunt mainly credits her parents and upbringing. She believes that her sunny outlook also has something to do with it: “I’m a born optimist. I guess the bright side always appealed to me to look at rather than the dark. I’ve been blessed. I never figured out why. But I sure have and I want the fates to know, I’m grateful!”

You can see that “bright side” in her impish sense of humor. As Eddie Muller and Alan Rode passed a microphone back and forth, she quipped, “Who’s on first?” And, when Muller proudly mentioned that he directed Hunt’s last film, The Grand Inquisitor (2008), she joked, “And she never worked again!” After the crew at Larry Edmunds sang “Happy Birthday” (an honorary birthday, since every day over 100 deserves celebration), she cooed, “I could marry all of you!”

I had the honor of briefly meeting Marsha, and it will rank among the great thrills of my life. You feel infinitely humbled to be in the presence of someone who has done so much good for so long. As I stammeringly told her that I admired her performances in 2 movies I love, Kid Glove Killer and Raw Deal, she smiled and thanked me.

I also asked her about one of my favorite behind-the-scenes photos. Was she really a knitter? Or was it staged? (Look, it might seem like a silly question, but you have to admit it was original.) 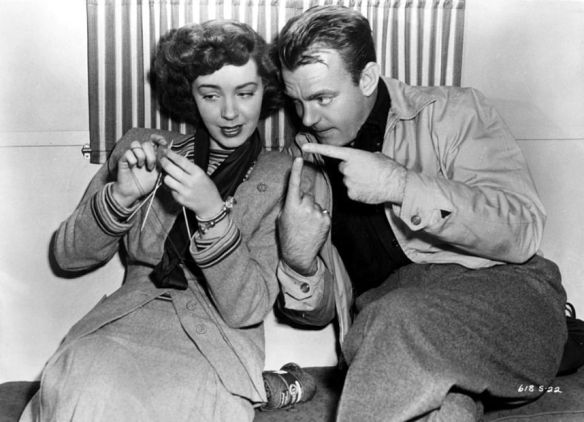 Hunt looked at the picture and, with that sharp, deliberate memory of hers, she confirmed that she was indeed an on-the-set knitter. “It helped me keep busy during the long camera set-ups.” And, what’s more, she remembers that she knit argyle socks! Imagine keeping track of those patterns amidst all the distractions of a movie set.

As a knitter myself, I choose to believe that needlework is the secret ingredient to Marsha’s longevity. Because it’s far easier to practice than optimism (though she has inspired me to work harder at that).

Eddie Muller describes Hunt as “the most exemplary human being I have ever met in my life.” After spending just a short amount of time basking in her radiant cheer and kindness, I’m inclined to agree. Long may she grace this world with her presence. 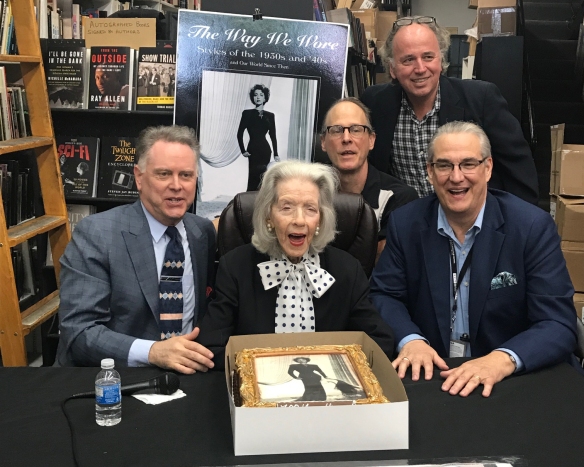 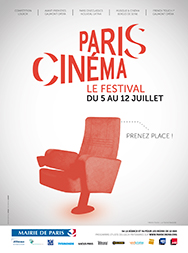 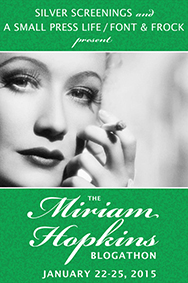 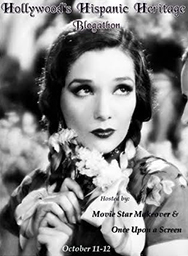