Well, the harassment has paid off! Many of my online friends, old and new, have joined this online festival of Italian cinema. Feast on the results—from art house classics to splashy genre flicks—below!

Pete of Furious Cinema discovers the intensity of Girl with a Suitcase, which he describes as “a rollercoaster of emotions.” Introducing us all to a less well-known maestro of cinema, he writes, “The black and white cinematography by Tino Santoni and the seamless direction by Zurlini are both spectacular. The gray backgrounds of the Italian skies and the ocean give the film an almost dreamlike appearance.” Well, thanks, I’ve added this to my must-watch list! 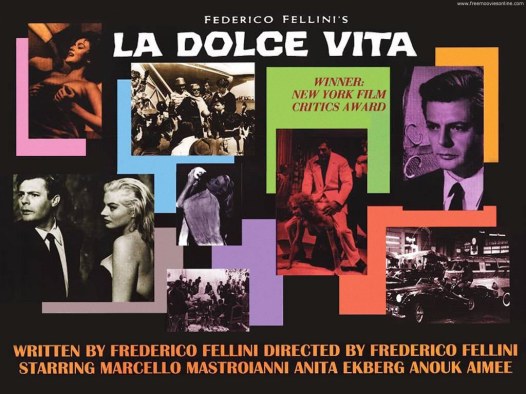 “Fellini captured something of Italy that still resonates in the public and global perceptions of the country,” observes  Miss V of Girls Do Film. She digs into the substance of La Dolce Vita‘s iconic sartorial style—and she’s even got labels and brand names for you to drool over! Re-experience this film through a fresh lens. For instance, did you know “Fellini often claimed that designer Cristóbal Balenciaga’s sack dress inspired his vision for the film”? 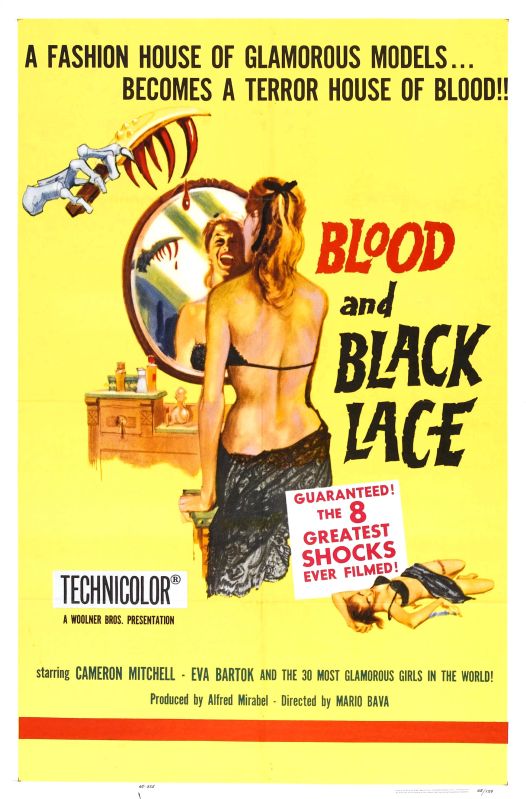 Speaking of style, Miguel of Monster Island Resort explores the dark side of Italy’s passion for fashion with his analysis of Blood and Black Lace. As he notes, “Underlying the immediate fear of murder and violence that flows through Blood and Black Lace seems to exist another, more subtle fear. Perhaps it is the fear of the greed and alienation that tends to accompany high fashion.”

There’s epic and then there’s EPIC! Cabiria falls into the later category. Lê of Crítíca Retrô tackles this monumental silent period drama and illuminates just how important it is to cinema history. “Director Giovanni Pastrone created astounding scenes, filled the screen with crowds, reconstructed the distant past, and pioneered the use of artificial lights and camera movement.” 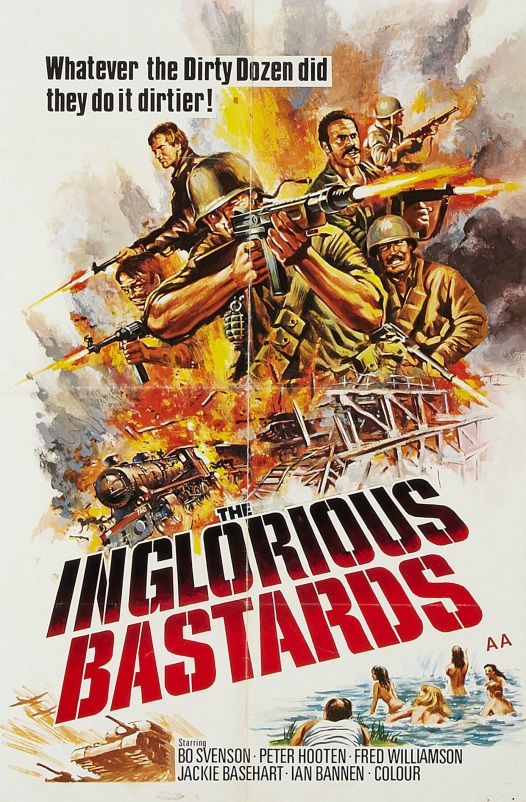 RayRay of WeirdFlix celebrates The Inglorious Bastards, a tough-as-coffin-nails 1978 WWII flick with gore to spare… sound familiar? Well, where do you think QT learned his stuff? “When you talk about macaroni combat films, one name inevitably comes up. Writer-director Enzo G. Castellari has been called ‘the poor man’s Peckinpah.’ [H]e certainly knew how to make action movies on the cheap.”

Kellee of Outspoken & Freckled decodes the fabled “spaghetti Western” for us through an exploration of the three Sergios who produced some of the most outstanding examples of the genre. “While the term ‘spaghetti Western’ was originally considered a negative slur,” as Kellee informs us, the form won over critics and audiences alike with its “uniquely edgy” style that marked “a definitive departure from the predictable American westerns.”

If you enjoyed these posts (and, come on, you know you did), be sure to check back for the next course on July 4. And be sure to check out the previous entries for Week 1, Week 2, and Week 3. Gripping stuff!

And please consider blogging about some aspect of Italian film culture yourself. Click on the banner below to learn more. 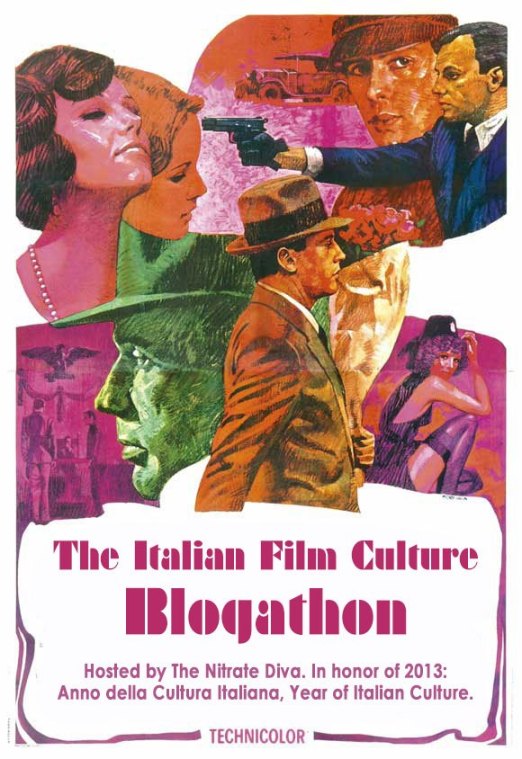